A test fixture is something used to consistently test some item, device, or piece, or apparatus to hold or support the test specimen during the test. This CRMC test rig is used to apply tensile, compressive loads and twisting loads on the specimen by using 6 hydraulic actuators for defense applications. 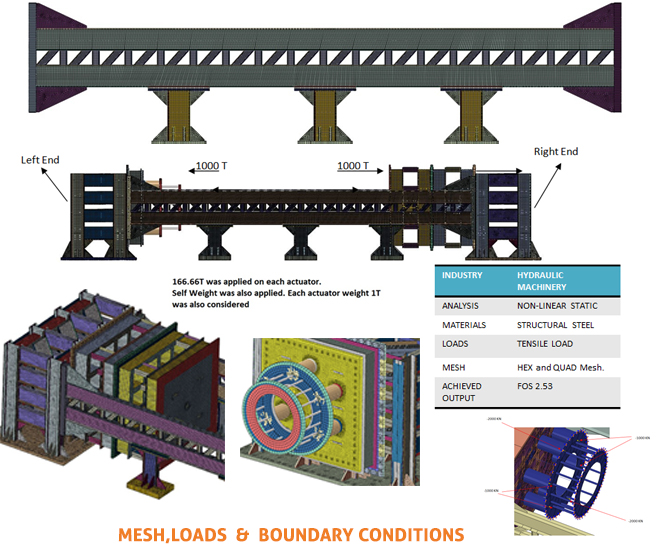 The structure is around 36 m lengths with many components. Optimizing all the components of the structure for given loads, calculating the size of the bolts, a number of bolts and proper representation of physics were a challenging task.

The non-linear static analysis was performed on the structural test rig which is subjected to 1000 Tonnes load on both the internal ends.

The Left and right end frame assembly, dummy plate ‘A’ & ‘B’ and side assembly with legs have a FOS more than 2.53 and the maximum shear stress is around 150Mpa for both end frame assemblies. The analysis and this report show that the CRMC Test Rig Assembly will perform to the design criteria. The total mass of the assembly was optimized to 221.4Tonnes. 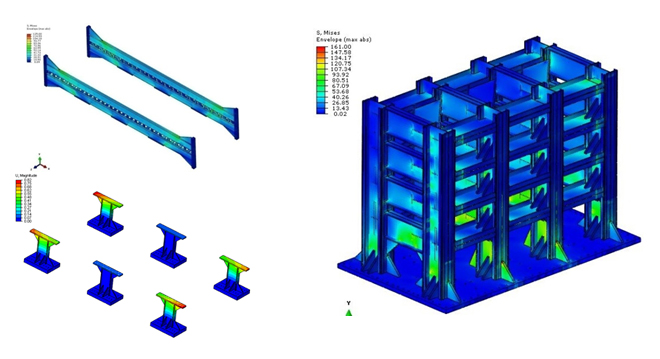